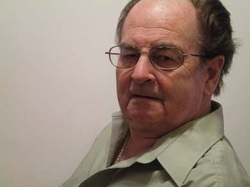 Peter John, of Mississauga, is a practicing Palmist.  Born and educated in London, England, Peter John has since become a naturalized citizen of Canada.  He has researched and developed his skills in both of his native lands.

Peter's interest in the reading of palms developed from early memories of his mother's neighbourhood renowned parlour game of palm reading and the quickening of what Peter describes as an uncontrolled psychic ability.  Since that time, Peter has researched Palmistry extensively, studying books and articles about Palmistry's probable roots and gleaming obscure facts pertaining to the art form as far back as the early fifteenth century.

In addition to his studies, Peter John has lectured interested groups and classes on palm reading and related history.  He is a regular on a local television program which employs a format based on the demonstration of psychic phenomenon.  Peter has also interpreted prominent palms, with a good deal of accuracy for newspaper special interest articles.  In addition to his media recognition, Peter also performs private readings at charity fairs.

At present, Peter is preparing a manuscript, which he hopes to publish personally, dealing with the aspect of teaching oneself the art of Palmistry.
Peter John Palmistry